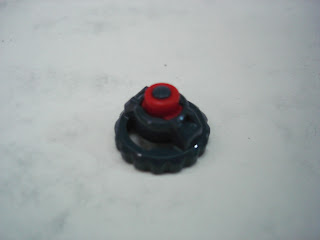 CS which is also known as Coated Sharp is a Metal Fight Beyblade Season 2 bottom that comes with BB-71 Ray Unicorno D125CS. 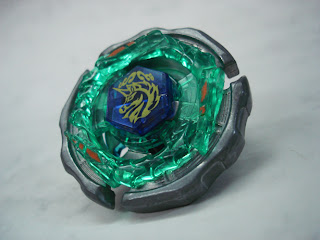 CS is a sharp tip which is coated with a rubber layer. If you launched it at a certain angle, it will move around the stadium like the RF (Rubber Flat) tip because of the friction caused by the rubber. It also depends on the condition of your CS, if the sharp tip is blunt or becomes totally flat. It becomes another type of RF that has better stamina till the the very end. (Stamina Rubber anyone? lol) 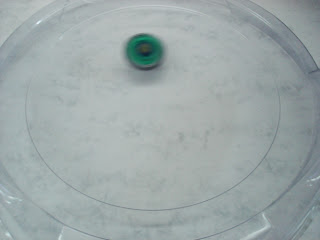 If you were to launched at a straight angle, the sharp tip till cause your Beyblade to spin in the center until it is hit by another Bey to cause it to tilt and unleash an attack like the RF (Rubber Flat). A great bey to test out the capability of the CS will be the Basalt metal wheel. It is heavy and has an unbalanced weight distribution. 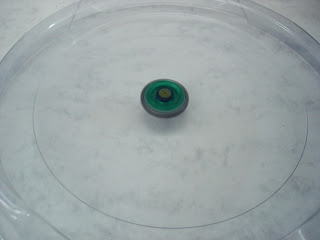 Here is a video I've made to show how the CS works.
Posted by Blader Nex at 23:19