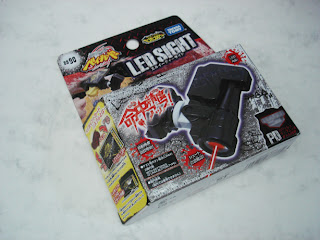 BB-90 LED Sight is an additional gadget which you can equip onto your Launcher Grip or the 3 Segment Launcher Grip. 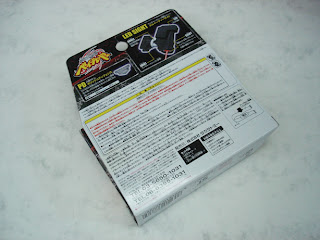 This product actually comes with an additional part, the PD bottom. 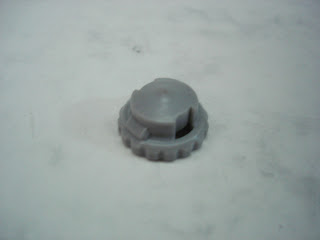 It looks similar to the WD (Wide Defence) bottom, it works and almost functions the same as the WD. But the PD has a special function which I observed after much usage. The gaps on the side actually stabilize the Beys when they are losing stamina and doesn't make them tilt as much as the WD. I might be wrong, correct me if I'm wrong and post it if there is any actual answers to this. 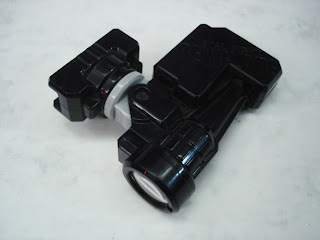 Now to the LED Sight, which I must say. The function is similar to it's elder brother, the A-68 Sniper Scope from the Bakuten Beyblade series. 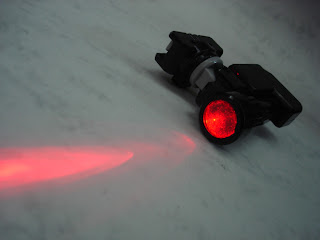 The LED sight is actually very bright, a much better improvement from it's predecessor. 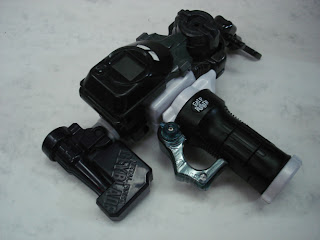 One way of attaching the LED Sight to your launcher grip. 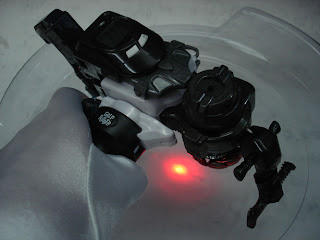 The LED Sight is meant for users to be placing their launcher at a height of 30cm above the stadium, so it's not designed to be aimed at a higher angle in which wouldn't work. Might be a bit silly to let your opponents know where you are launching and it's also very useful to aim at an angle to unleash your...

I'm overall impressed by this product and would recommend it to all Bladers who wants to add visuals to their launcher grips.

And very much thankful for BeyGen SG who gave me the LED Sight as a Christmas present last year.
This product will be officially launched by Sheng Tai Toys this May/June, be sure to pick one up when it's in town!
Posted by Blader Nex at 23:53