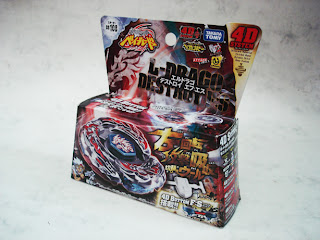 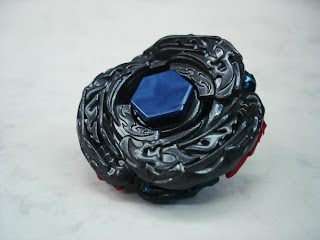 Destroy L Drago is the inner skeleton of Meteor L Drago (You'll understand if you read the manga). 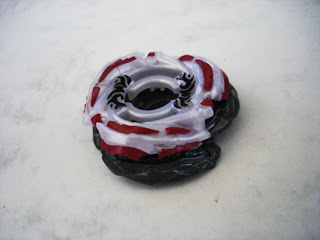 The skeleton is larger than the flesh? lol
It still retains the basic functions of the previous L Drago (Not including the Pre-HWS) including it's mode change and the absorb ability from Meteor L Drago. 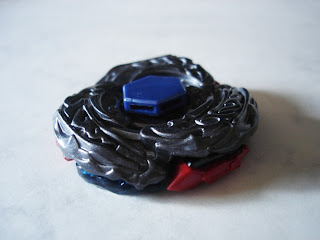 Absorb Mode:
The rubber part of the Destroy wheel is exposed thus allowing the bey to "steal" spin from it's opponent if it's a right spinning one. Very useful if your customization for L Drago Destroy is a low stamina type. 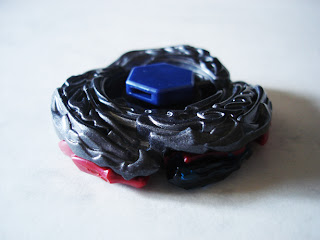 Attack Mode:
This mode covers up the rubber part which now provides more attacking power, the plastic part of the Destroy wheel is now exposed. L Drago Destroy is sought to be attacking by brute force and due to it's weight, it doesn't get knocked out easily too. 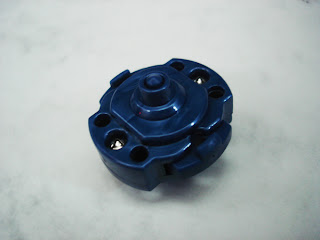 Another type of fusion bottom, which is a direct opposite of the F:D (Final Drive) which is from BB-105 Big Bang Pegasis which I have reviewed earlier.

When the bey is at it's maximum velocity, the sharp portion of the F:S is retracted allowing the flat part to touch the surface allowing the bey to be in attacking mode.

The springs in the F:S will start to erect the sharp portion when the bey is at a lower velocity which changes the bey from attack to stamina mode. Which very effective for most left spinning bey because of the "steal" spin ability. Which is a plus for Destroy since it has an "absorb" mode. 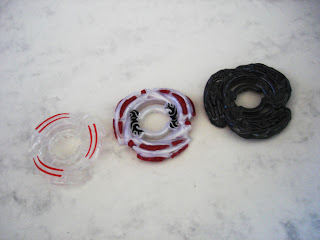 Compared to it's predecessors, this is my favorite L Drago.
Video Review:
Posted by Blader Nex at 14:17